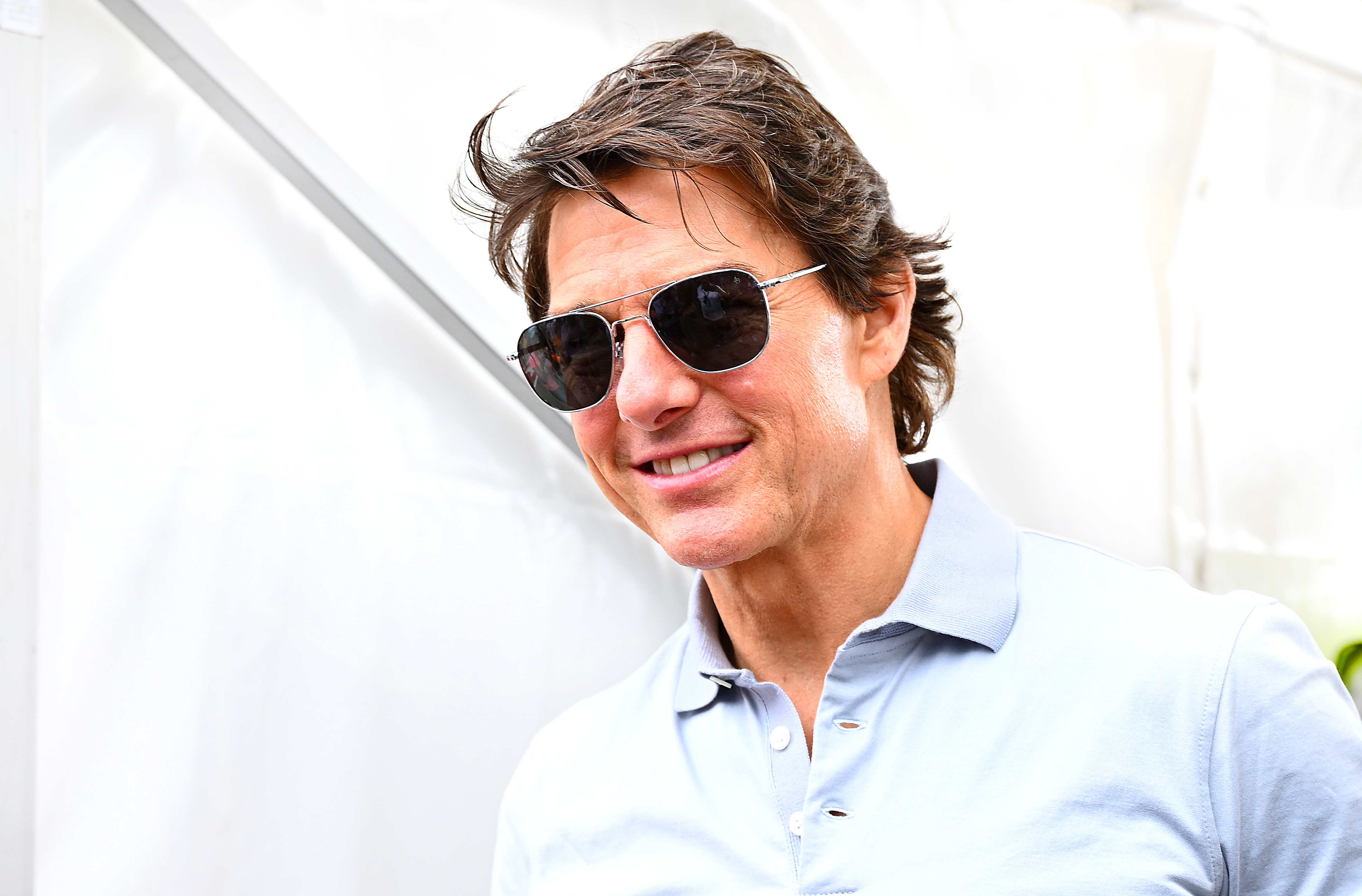 Tom Cruise is living up to his action star reputation! In a video posted to YouTube on Monday, the 60-year-old actor is seen paragliding while apparently filming an upcoming installment in the “Mission: Impossible” franchise.

In the video, which was posted by Christian Bamber of The Opinion Matters YouTube Channel, Cruise is seen filming the flick in the Lake District of the U.K.

The clip starts by explaining how passersby noticed helicopters overheard before hearing through the grapevine that Cruise was in the area filming the movie. While initially unconfirmed, the man in the video believed the rumors to be true when he saw Cruise himself, and the actor happily waved at gathered fans.

The video shows Cruise getting into a helicopter and heading up toward the mountains. Cruise makes his way down not in the helicopter, but instead by paragliding. Cruise’s landing was as smooth as can be, with the actor calmly gathering his parachute before getting in a waiting vehicle.

The video comes months after Paramount Pictures debuted the first teaser for “Mission: Impossible – Dead Reckoning Part 1”. In the clip, Cruise’s  Ethan Hunt is seen riding a horse in the desert, fighting in clubs, getting into (multiple) car chases, running along the top of a moving train, running through alleyways, running through a candlelit pathway, and riding his motorcycle off a cliff.