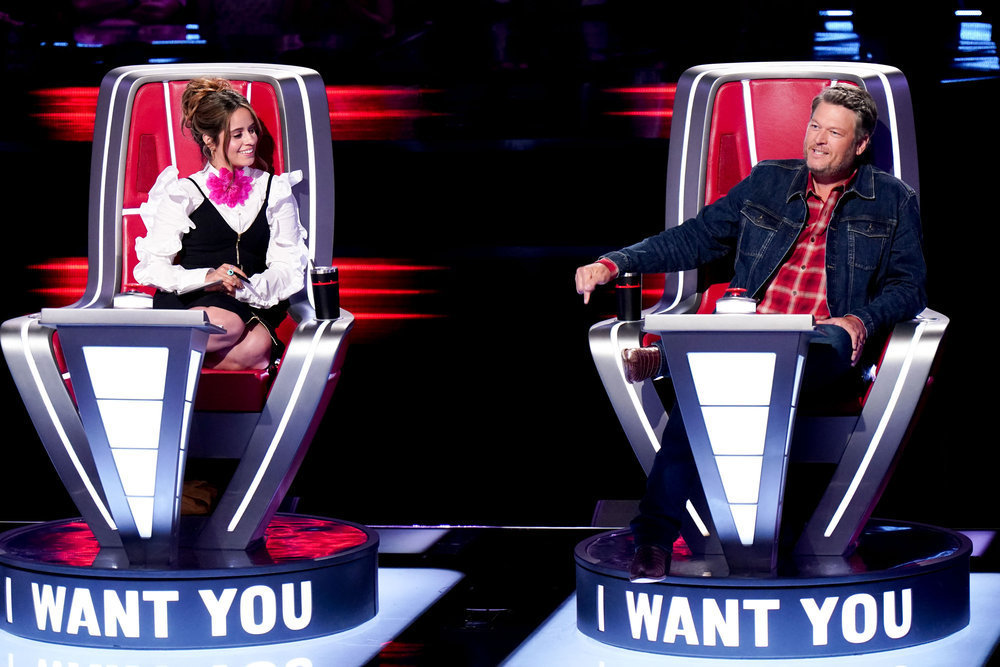 The pair butted heads over a popular singer on Monday’s season 22 premiere, as 26-year-old Miami native Orlando Mendez, a self-proclaimed “Cuban Cowboy,” took the stage with his rendition of Luke Combs’ “Beer Never Broke My Heart”, earning chair turns from all four coaches.

While Blake usually has major pull with “The Voice”‘s country singers, Orlando admitted that sharing a hometown and heritage with Camila would make his decision a difficult one.

“If Camila and Blake both turn their chairs, it’s gonna be a tough choice, man!” he said before taking the stage. “I got my country roots growing up, from Blake Shelton, and then I got Camila Cabello, a pop star from my hometown, someone who I definitely connect with her story. If they’re both there, vying for me, that’s gonna be a game-time decision.”

Things got even tougher after Orlando’s performance, as he admitted, “Country music’s my passion, I’ve been listening to [Blake’s] songs since I was little, but I come from Cuban roots.”

“I’ve been doing this a long time,” Blake said, pleading his case, only for Camila to chime in, “Too long, some might say!”

Ultimately, while John Legend tried to convince Orlando to make an “unpredictable choice,” Orlando went with his roots, choosing to join Team Camila!

“It was really exciting to win a country artist, especially over Blake,” the new coach teased. “I’m really feeling myself.”

When ET caught up with the coaches ahead of season 22, John admitted that “everybody’s got really good team members” this season, making for some “tough” competition. However, he and Gwen Stefani — returning to the show for the first time since she and Blake tied the knot — agreed that they’re working hard to make sure “The Cowboy” doesn’t get to add another trophy to his mantel.

“The Voice” airs Mondays and Tuesdays at 8 p.m. PT/ET on NBC. See more from this season in the video below!

Tim McGraw Falls Backward Off Stage While Performing in Arizona