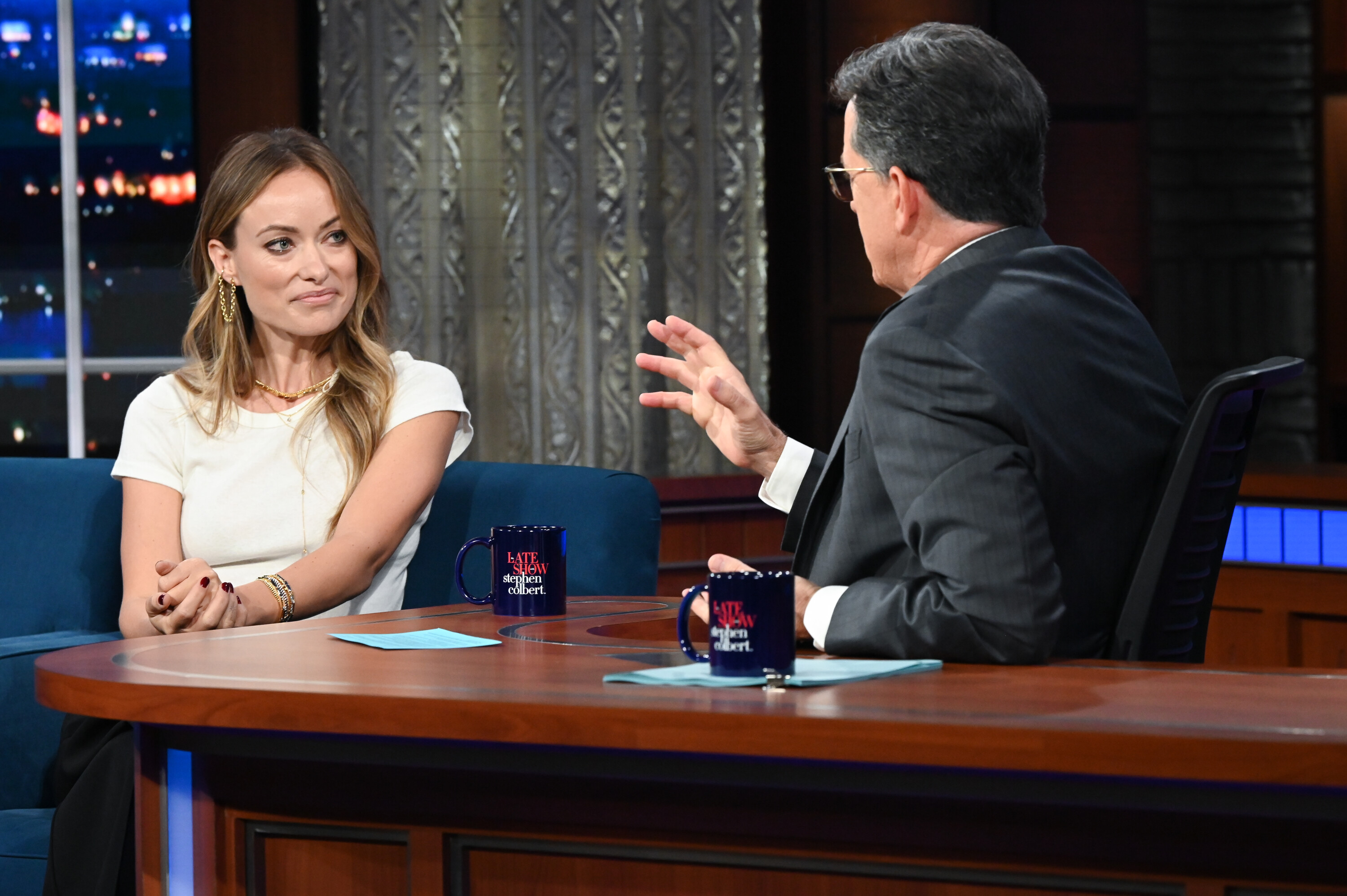 Olivia Wilde is shutting down a big rumour that emerged from the Venice International Film Festival during Wednesday night’s appearance on “The Late Show”.

That rumour, jokingly dubbed “spitgate,” was sparked when Harry Styles took a seat next to Chris Pine at the Venice premiere of the Wilde-directed “Don’t Worry Darling”, with Pine halting his clapping as he seemingly reacted to being hit by a Styles-spewed loogie.

“Late Show” host Stephen Colbert wanted to know the inside scoop, and grilled Wilde like he was a “60 Minutes” correspondent.

“Did Harry Styles spit on Chris Pine?” he asked with mock gravity, leaning in.

“He did not,” responded Wilde with a chuckle. “But I think it’s a perfect example of, like, people who look for drama anywhere they can.”

She reiterated that “Harry did not spit on Chris.”

Colbert feigned being dubious. “Time will tell,” he quipped.

“We shall see,” countered Colbert.

“People will look for drama anywhere they can. Harry did not spit on Chris, in fact.” — @oliviawilde on #spitgate

Olivia Wilde’s full interview can be seen in its entirety on the Wednesday, Sept. 21 edition of “The Late Show with Stephen Colbert”, airing weekdays at 11:35 p.m. ET/PT on Global.