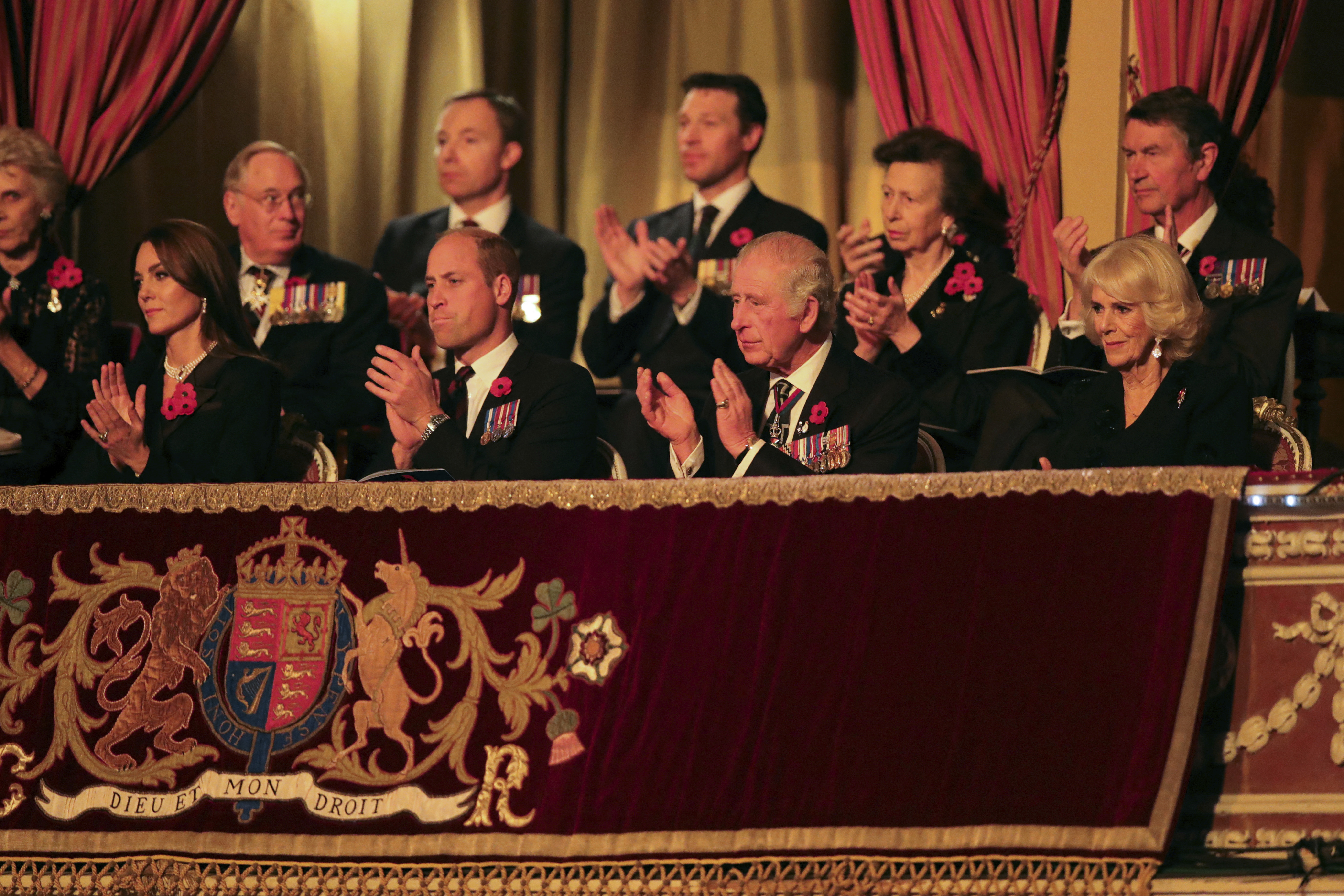 King Charles attended the Festival of Remembrance for the first time since becoming monarch.

He was joined by Queen Camilla on Saturday at London’s Royal Albert Hall, where the couple led the royal family in the annual tradition honouring those who died in war.

The festival was also attended by Prince William and Kate Middleton, the Prince and Princess of Wales; Prince Edward and Sophie, Countess of Wessex; Princess Anne and her husband, Vice Admiral Sir Tim Laurence; The Duke and Duchess of Gloucester and The Duke of Kent and Princess Alexandra.

In honour of the fallen soldiers from Britain and the Commonwealth, the royal family and others in attendance, wore red poppy pins- a symbol that’s been used since 1921.

This year’s Festival of Remembrance marks the first month of Remembrance Day events since the Sept. 8 death of Queen Elizabeth. Last year, the late monarch was unable to attend the Remembrance Sunday service at the Cenotaph war memorial due to a sprained back. She rarely missed the annual event, which she considered one of the most sacred in her calendar, only having missed a handful throughout her 70-year reign, such as during times when she was pregnant or out of the country on a royal tour.