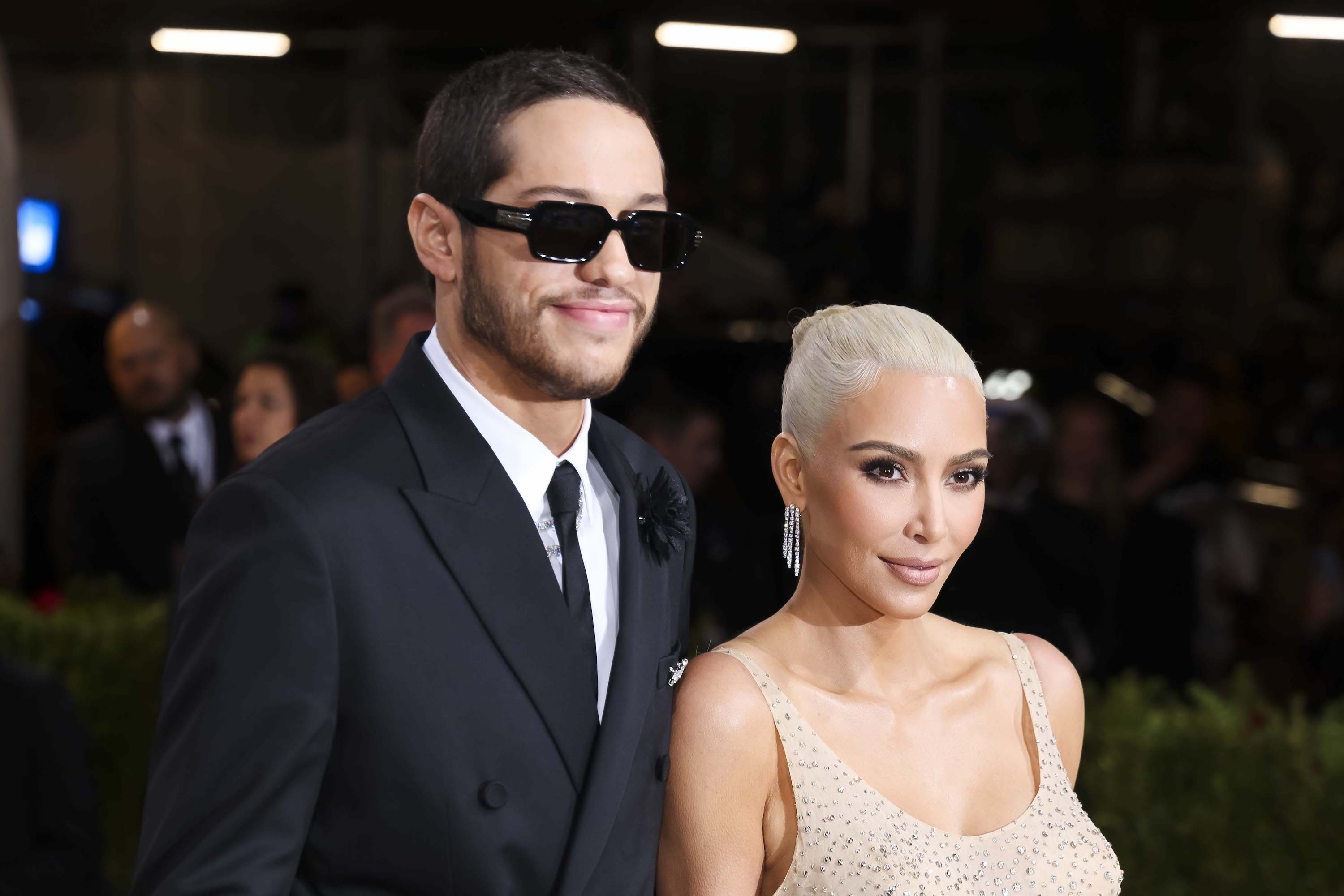 Kim Kardashian and Pete Davidson have called it quits. The pair, who first connected when Kim hosted “Saturday Night Live” in Oct. 2021, have broken up after a nine-month-long romance, multiple outlets report.

E! News was first to report the split. ET has reached out to Kim and Pete’s reps for comment.

After sharing a kiss on “SNL,” Kim and Pete made headlines when they were photographed holding hands on a rollercoaster. Several dates followed, before a source told ET more about the then-couple’s relationship.

“Kim and Pete are casually dating and seeing where things go,” the source said. “Pete is really into Kim and excited about her. Kim likes Pete as well, but isn’t rushing into anything serious.”

Things did eventually become serious, though, and a source recently told ET that the pair “will do whatever it takes to maintain and balance their professional and personal lives together.”

“Kim and Pete’s relationship is going better than ever and they are closer and more in love than ever before,” the source said. “They are both extremely busy with work, but they both make constant efforts to ensure that they see and spend time together on a relatively consistent basis, even if that means flying thousands of miles to be with each other.”

The source added, “Pete definitely wants to be a dad and him and Kim have spoken about that, but they are focused on building their relationship right now.”