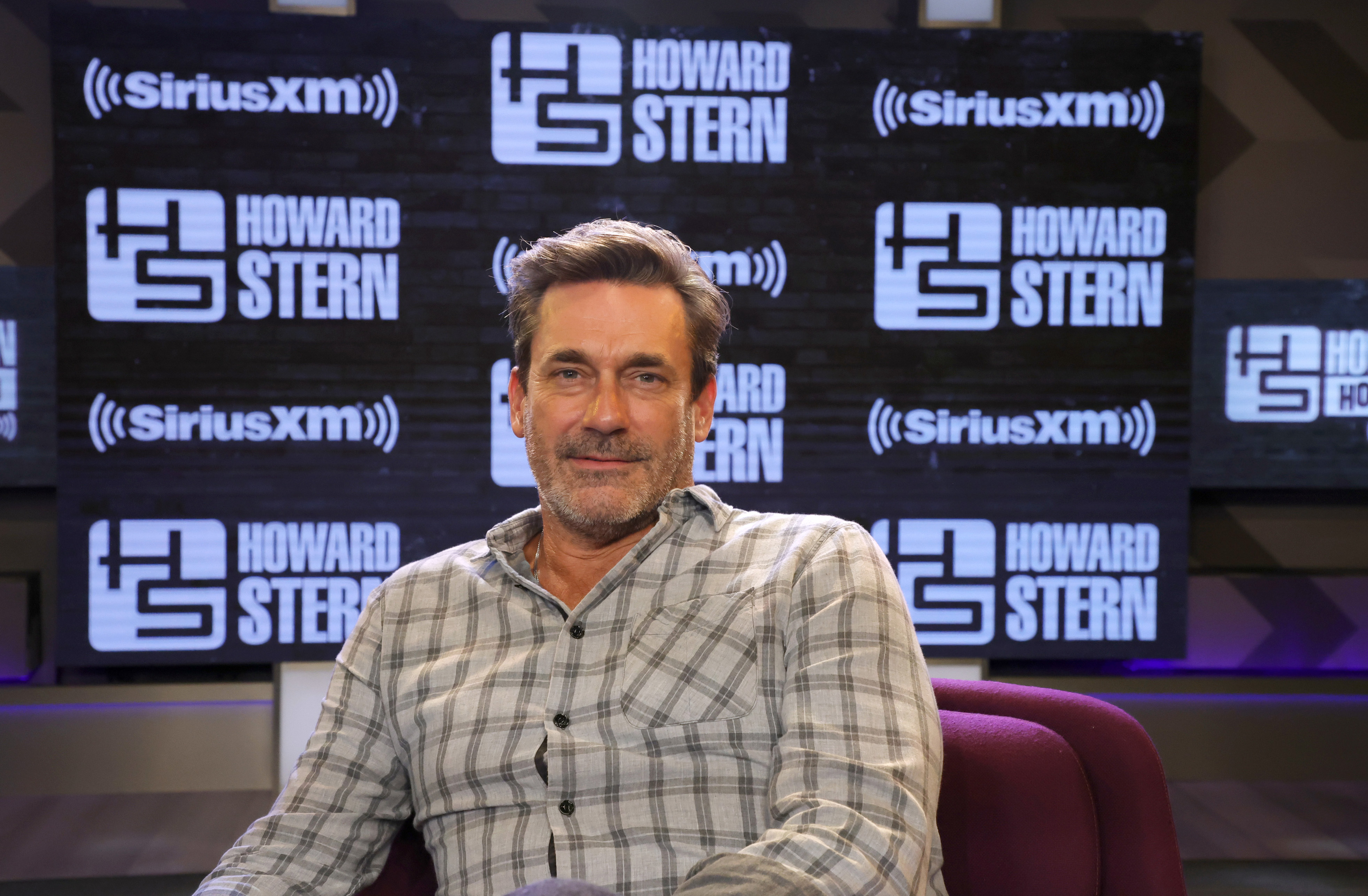 Jon Hamm sat down for his first interview on SiriusXM’s “The Howard Stern Show” where he chatted about a number of topics including his current relationship and meeting Tom Cruise for the first time, plus he finally addressed a longstanding rumour about himself.

The actor, 51, revealed once and for all whether or not he actually goes commando instead of wearing underwear.

“First of all, who doesn’t wear underwear?…I have worn underwear every single day of my life,” Hamm said, setting the record straight.

“I love a comfy boxer brief,” he added.

Switching gears, the “Mad Men” star candidly spoke about his longtime relationship with girlfriend Anna Osceola, whom he stars with in his new movie “Confess, Fletch”.

“It’s good and comfortable and it’s a feeling about taking care of someone else and being taken care of,” Hamm said about his relationship, adding that although he’s never been married, he “could for sure” see himself settling down.

Hamm noted that his love life has “been a process of working on myself” and “unpacking trauma,” referring to his mother who died when he was just 10 years old.

The actor shared that, over the last few years, he’s been working on healing his wound, caused by the loss of his mother, which has blocked a lot of Hamm’s “emotional accessibility, availability and vulnerability.”

Doing so has “made the relationship that i’m in now even more meaningful and opened up the possibility of things like being married, having kids, you know defining a new version of happiness, life, wellness,” the actor revealed. “All that stuff that sounds hokey and whatever but it’s real and, for one of a better word, it’s what I’m working for. What else is there other than that.”

When asked if he’s in love, Hamm told host Howard Stern, “I very much so am [in love].”

Elsewhere during the conversation, Hamm recalled “a really good day” he had when he met Tom Cruise for the first time at Jimmy Kimmel’s house. On that day, Cruise told Hamm that he was a big fan of his show “Mad Men”.

The actor then looked back on how he landed the role of Don Draper after auditioning seven times for the “Mad Men” character.

Hamm also reflected on his 30-year friendship with Paul Rudd, plus his relationship with fellow actor and Emmy rival Bryan Cranston.

Hamm and Stern then talked about their fascination with “The Real Housewives”, which can be viewed in the clip below.