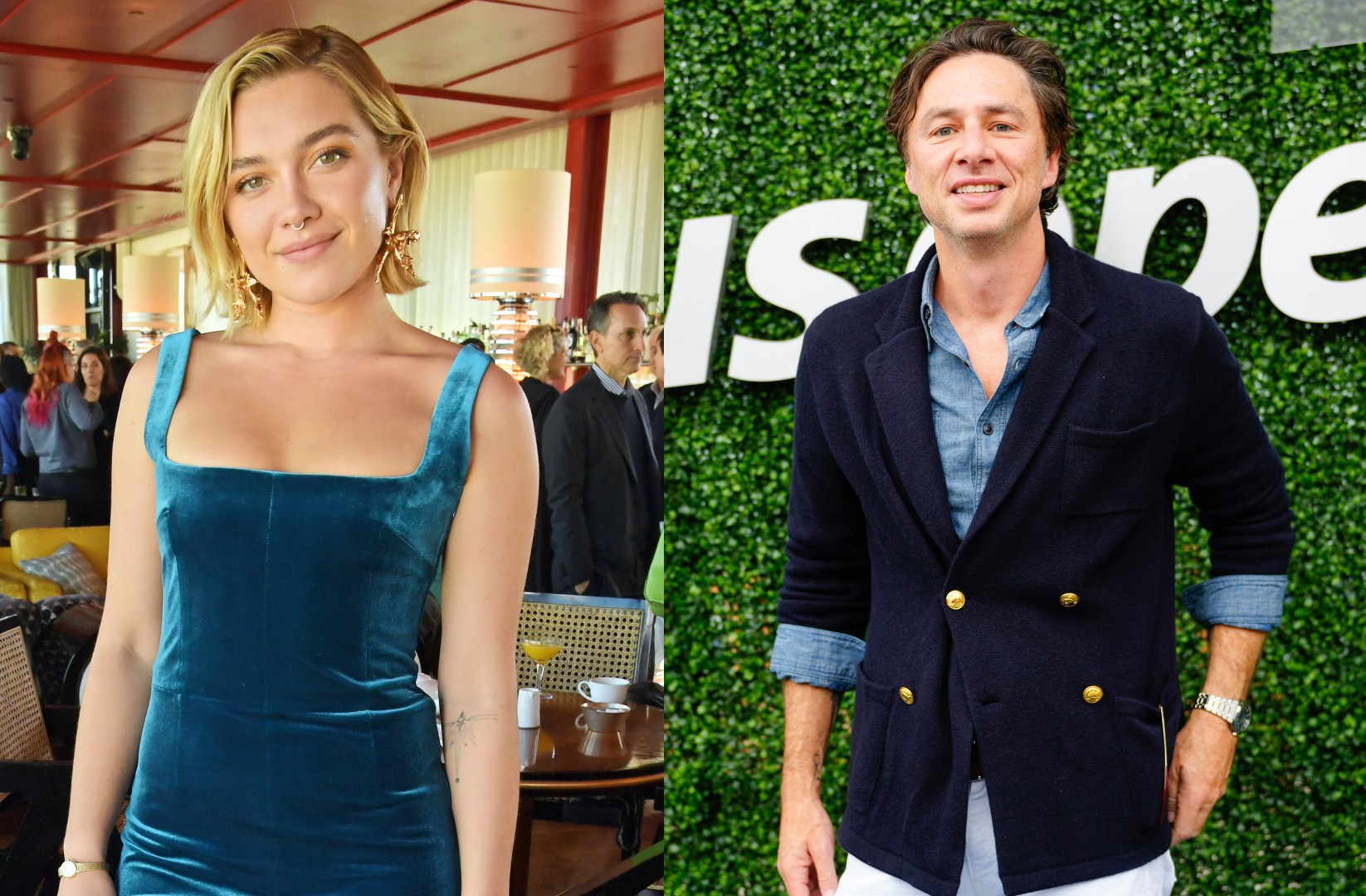 Friendly exes, or something more? Florence Pugh has fans speculating about the status of her relationship with ex-boyfriend Zach Braff after swapping some possibly flirty comments on an Instagram post.

On Thursday, Braff took to the social media platform to promote a charity auction for a good cause.

“Bid on eBay for a 30 minute Zoom with @donald_aison and me. ALL proceeds go to build specially-designed homes for severely wounded veterans via Homes For Our Troops,” Braff shared.

Pugh — who dated Braff for three years before splitting several months ago — commented on the post, “I’m deffo bidding on this.”

Braff made sure to respond to his ex, writing, “@florencepugh I’m certain you could get this for free, but it is a very good cause for veterans….”

While some said the exchange hinted at a rekindled romance between the stars, others simply complimented the two for managing to stay friends and not involve themselves in a messy split.

The “Don’t Worry Darling” star confirmed that she and Braff quietly split in a recent interview for the September issue of Harper’s Bazaar.

According to the magazine, the breakup occurred earlier this year, rounding out three years since the first photographic evidence of their PDA in April 2019.

“We’ve been trying to do this separation without the world knowing, because it’s been a relationship that everybody has an opinion on,” she tells the magazine. “We just felt something like this would really do us the benefit of not having millions of people telling us how happy they are that we’re not together. So we’ve done that. I automatically get a lumpy throat when I talk about it.”

Since their romance emerged publicly, the spotlight was sometimes harsh as critics took issue with their 21-year age gap, spurring Pugh to take a stand for their relationship.

Back in April, she commemorated Braff’s 47th birthday with a tribute posted to her Instagram Story. However, they were last photographed together in January.

Sacheen Littlefeather Accepts Apology From The Academy For 1973 Oscars

Watch Steve Harvey Answer If He Would Approve Of Daughter Lori Marrying Michael B. Jordan