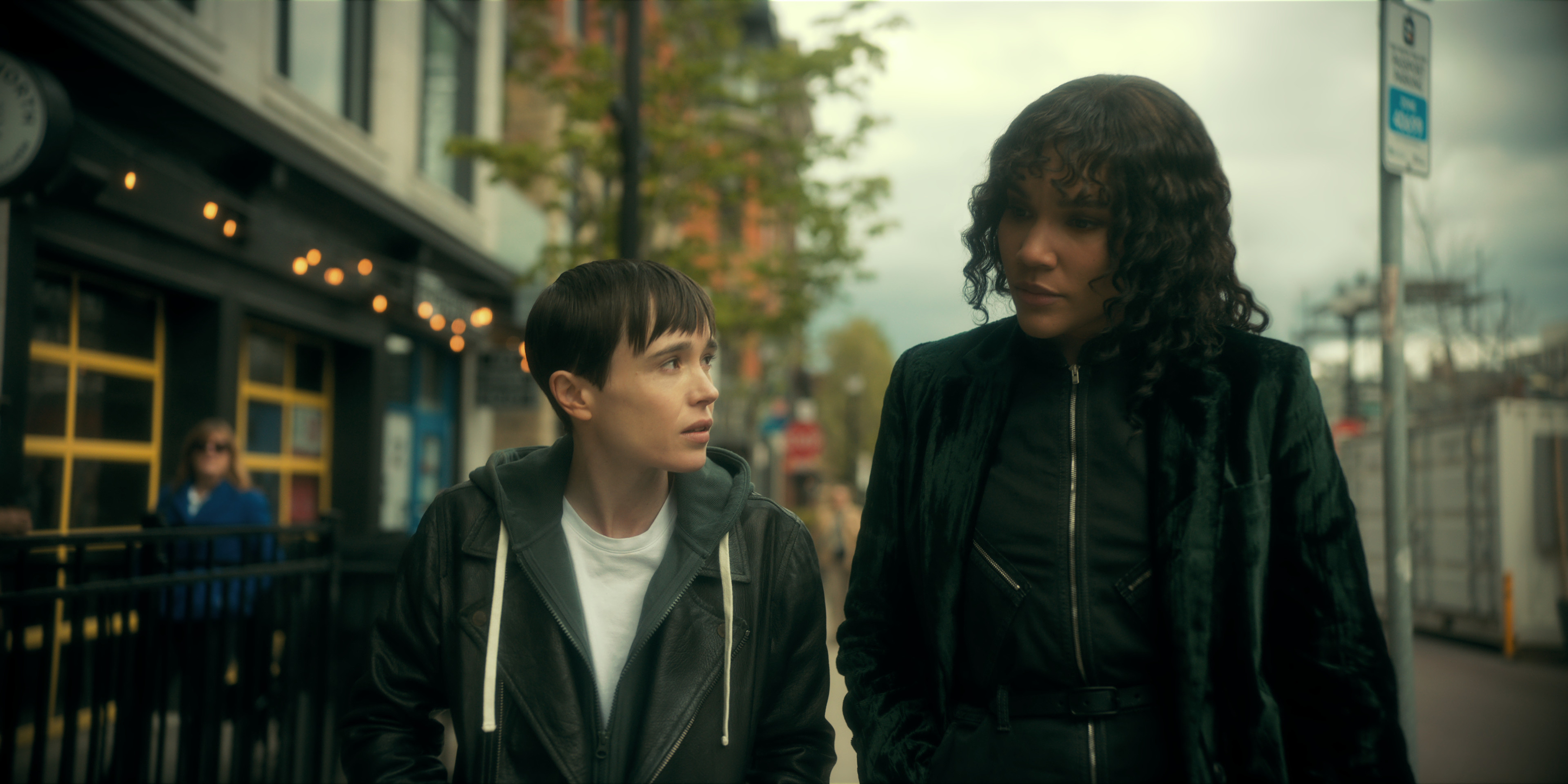 Elliot Page is discussing the way in which “The Umbrella Academy” approached his character’s transition in the new season.

The actor, who came out as a trans man in 2020, discussed the storyline in a new interview with The Hollywood Reporter.

READ MORE: Elliot Page Opens Up About How Transitioning Has ‘Improved My Life Drastically’

“I think one of the most special things about this is how it’s handled,” Page said, while discussing his character Viktor Hargreeves – who also transitions in the new season. “It’s not void of emotional moments with the siblings, of course.”

Page continued, “I think they’re each individually special and in relation to their specific relationship. The scene when Luther and Diego are coming down the stairs and Luther’s awkwardness and all these things, these were — simultaneously I’m experiencing all that, because I’ve stepped into this moment where I’m a trans person and perceived that way, and having all these new experiences I didn’t have before. Then these scenes were resonating with that, which was really incredible.”

He added, “We don’t see that when we’re not in control of our stories a lot of the time. So it felt really special.”

Season 3 of “The Umbrella Academy” is now streaming on Netflix.

Amanda Bynes Says Online Nude Photo Of Her Is A Fake, Attorney Blasts Twitter For Not Shutting Down Bogus Account

Pamela Anderson On Making Her Broadway Debut: ‘I’m Surprising Myself’