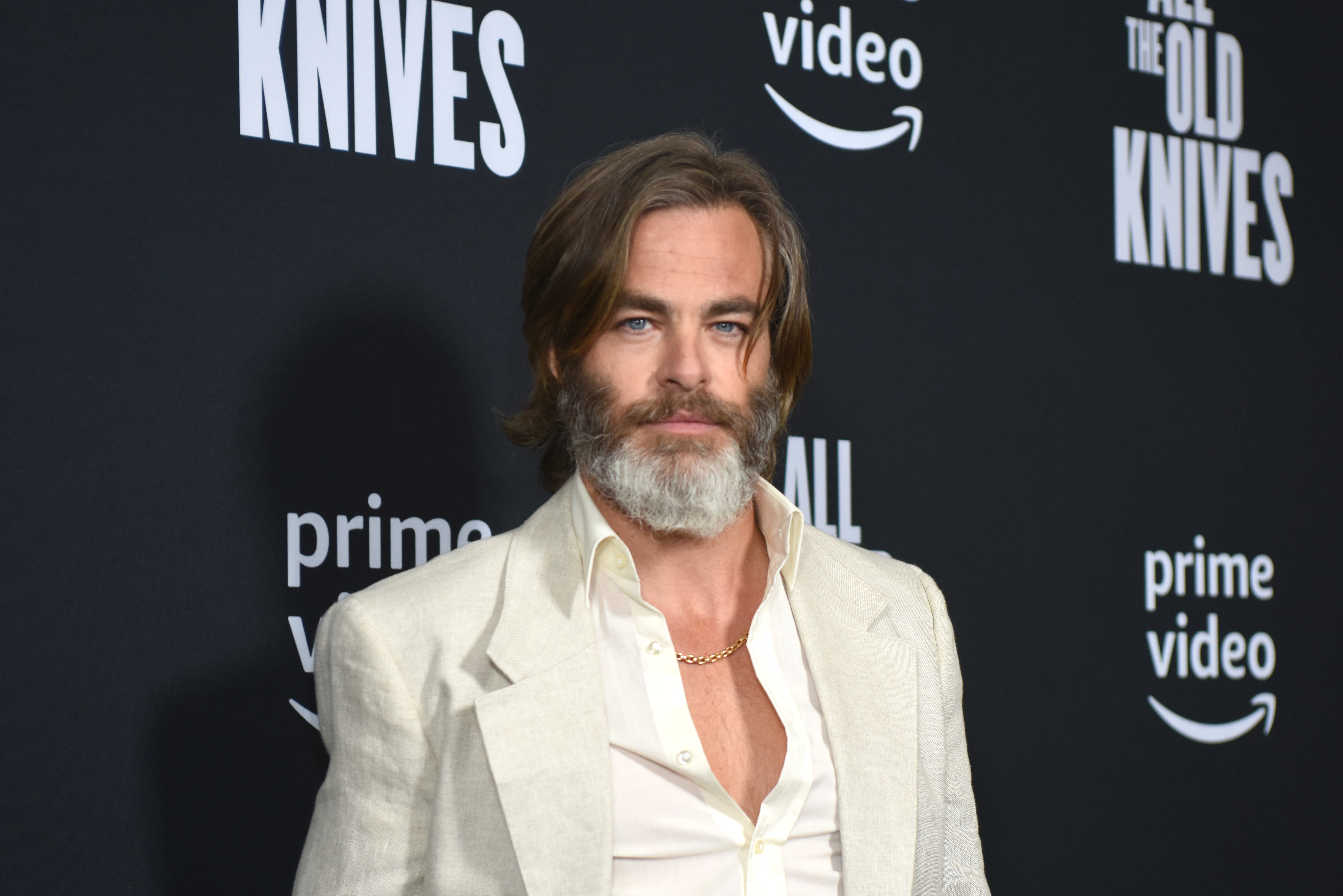 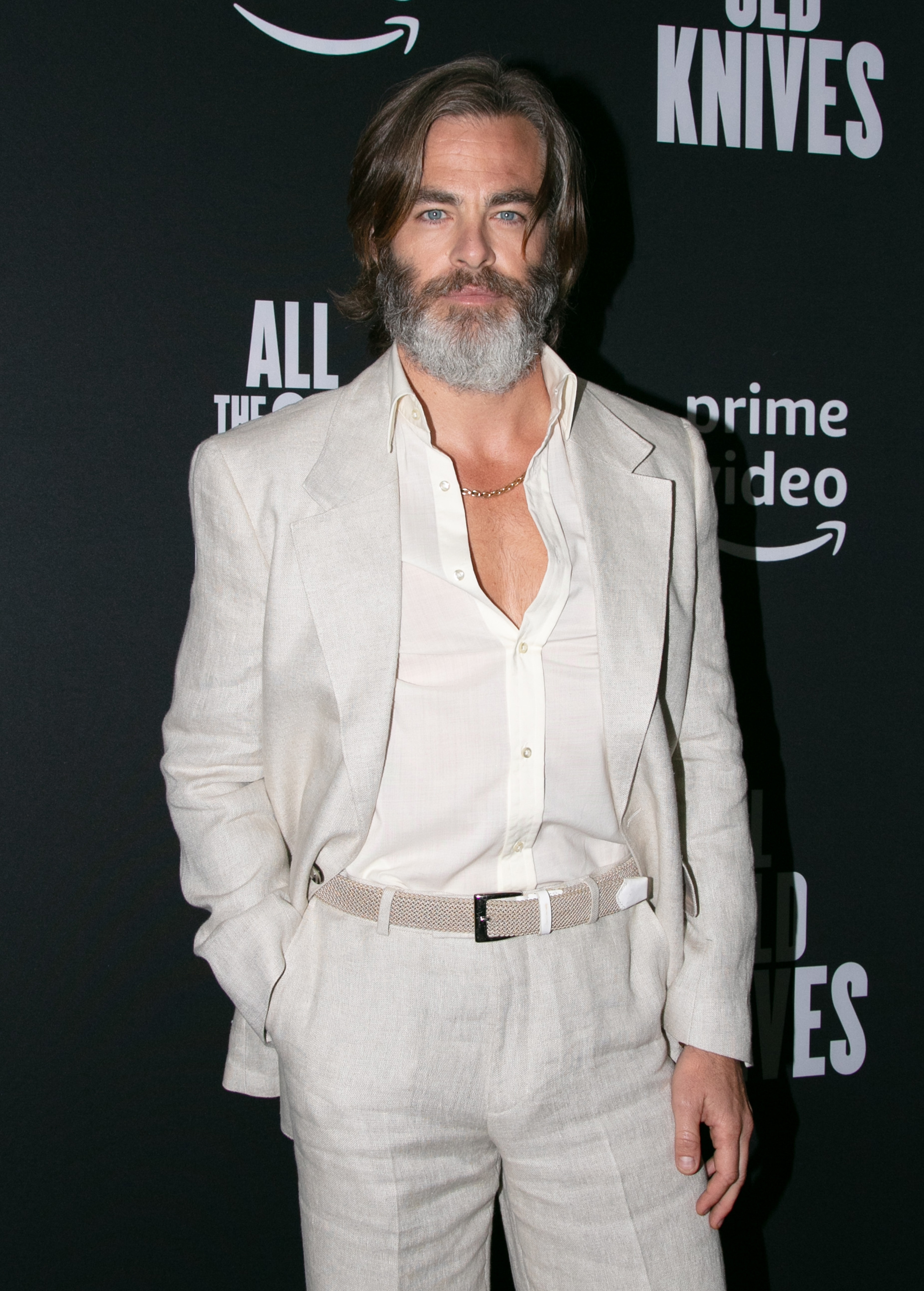 Chris Pine is debuting a whole new ‘do. ET’s Lauren Zima spoke to Pine at the premiere of his new film, “All the Old Knives”, where he was rocking quite a different look from the clean-shaven face and short hair we’re used to seeing from the “Wonder Woman” star.

“I guess it’s like, equal parts laziness and equal parts something I may do in the future here,” Pine said of his salt-and-pepper beard and shaggy, ’70s-esque long locks. “If there’s any excuse not to shave and have makeup put on, I, you know…”

When asked if his new look was for a role, Pine kept it coy, telling ET, “Maybe.”

Pine’s cream-coloured suit had a bit of a ’70s flare to it as well.

He wouldn’t say if the look was for a Bee Gees biopic, but he wouldn’t be opposed to starring in one either.

The beard and lob aren’t for his role in “All the Old Knives”, either. In the Amazon Studios-backed spy thriller, Pine, who is also an executive producer on the project, plays veteran CIA operative Henry Pelham, who teams up with his former lover and colleague to root out a mole who leaked sensitive information that cost more than 100 people their lives.

“I just love the film. I love the script. It’s one of the better scripts I’ve ever read,” Pine gushed. “I love these kinds of stories. It’s a spy thriller. It’s got a ton of espionage. But it’s got a real romance at the heart of of it, which I feel like Hollywood sometimes, these days at least, isn’t so interested in. So, it’s fun to combine the two.”

“I was really excited by the whole process,” he continued. “The cast that we had. Laurence Fishburne and Jonathan Price and Thandiwe [Newton]… and a hell of a supporting cast as well, so it was just, it was great.”

While the film is certainly action-packed, it has a little bit of something for everyone, making it the perfect date night movie.

In addition to his role in “All the Old Knives”, Pine is returning to the “Star Trek” set for its next instalment.

“I don’t really know anything about it quite honestly,” Pine said of the franchise’s fourth film. “I know that we’re all excited to come back and would love to come back. This is a tight family. We’ve been working together for 15 years or something.”

“It’s Anton’s [Yelchin] birthday on Friday, so I think we all have it in mind,” he continued. “So, I think we’re ready to get back to work and excited to see a script, whenever that should come in, and excited for Matt [Shakman] to direct it and excited to work.”

Yelchin, who was an integral part of the “Star Trek” saga, tragically died in 2016 after his car rolled down his driveway and pinned him.

As for how Pine and the cast plan to honour him in this next film, he said they’re going to do that by showing up to set and going to work.

“I don’t know. I think we always have him in mind, and he’s a part of the fabric of our family,” Pine explained. “I think just by virtue of going to work, we always carry him with us.”

“All the Old Knives” hits debuts April 8 on Prime Video.

Chris Pine and Annabelle Wallis Have Split Up

‘Star Trek’ 4 In the Works With Chris Pine & More Returning

‘All Of Us Are Dead’: Lee Yoo-Mi Defends Her ‘Mean’ Character In Korean Zombie Series