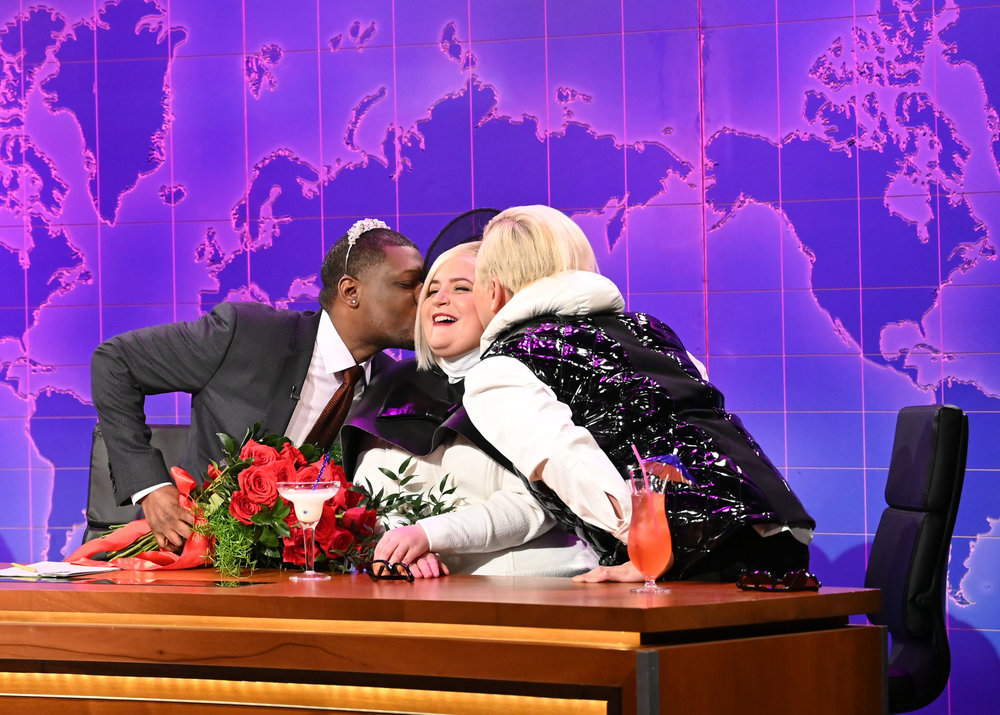 Aidy Bryant is looking back on her reasons for leaving “Saturday Night Live” after a decade on the show.

“If it weren’t for COVID, I probably would have left a few years earlier,” said the comedian in an interview with Variety.

“But it was such a huge change. When COVID hit [during Season 45], it was so jarring that we were all like, ‘I’m definitely going to come back next year.’”

Bryant decided to return for Season 47 after shooting the final season of her Hulu comedy “Shrill”.

“I kept trying to seek one last normal year,” she continued. “This year wasn’t the normal [COVID-free] year that I hoped for, but it was closer to that…. And 10 felt like a nice, solid round number.”

Discussing her final Weekend Update segment opposite Bowen Yang, she added, “I was worried I was going to… crack wide open and fully be crying. It felt very joyful, and I felt incredibly fortified by having Bowen and [Michael] Che next to me because they know me and know how considered this was for me to go.”

Guy Fieri Promotes Kid’s Snack Stand: ‘You Have To Support This Entrepreneurial Spirit’